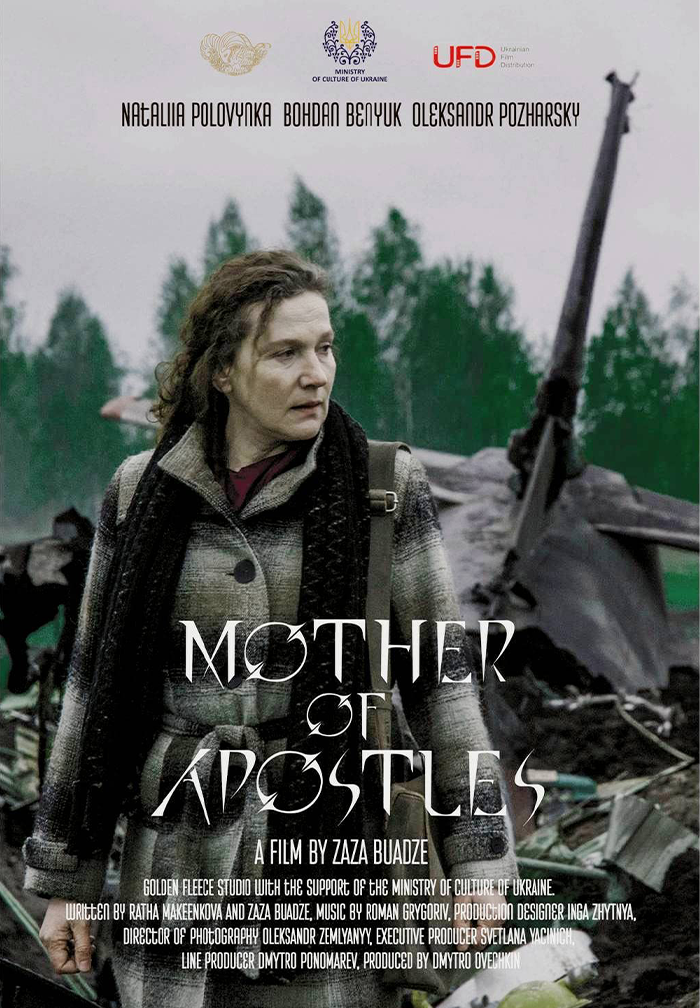 Synopsis of movie: In search of her son-pilot, whose humanitarian plane was shot down over the occupied territories of Ukraine, the mother finds herself in a completely alien and aggressive world, where everything is permeated with hatred and suffering. In this hell, she is not only looking for a son, but, having great love and a merciful character in her heart, she changes everyone she meets on her way. And most importantly, she changes herself, gaining truly sacred power. Her despair and pain are reborn in the eternal motherly spirit of the earth, which brings her sons home alive or dead.