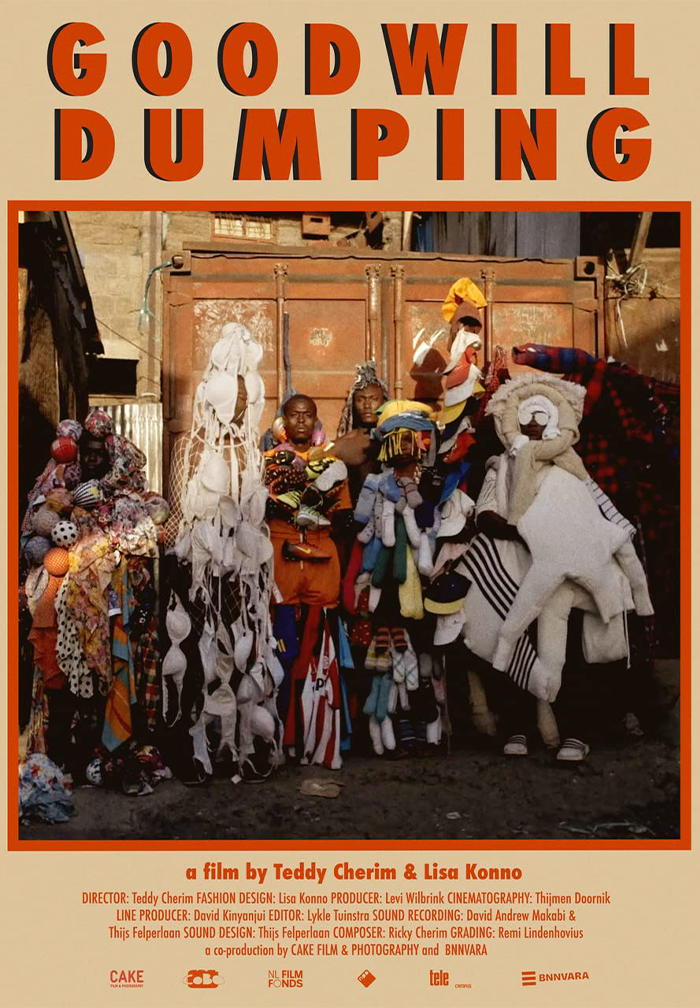 Synopsis of movie: The stylised fashion documentary Goodwill Dumping brings the enormity of the industry surrounding donated secondhand clothing to light. The film showcases the journey that discarded pieces of clothing make and what kind of impact this has on local industries. Due to its globalised scale this immense industry has something otherworldly. The film shows the proces and butterfly effect caused by the simple action of donating your old T-shirt. Creatures consisting out of mountains of discarded clothes add a layer of stylised and surrealistic commentary on the industry.